Raspberry Pi 4 Model B is one of the recent Raspberry Pi single-board computers. In this blog, you will see Raspberry pi 4 specifications Pin Diagram and Description. You can do all kinds of basic tasks using this computer what you need one monitor, keyboard and mouse. you can play low graphics games, stream 4k video connecting on two displays, all your office work, and many more. The new Raspberry Pi is even more fast, powerful and versatile for a huge variety of projects involving robotics, automation, image processing, AI, and many more.

The Processor of Raspberry Pi 4 : The new Raspberry Pi 4 comes with an option of 2GB, 4GB, and 8GB of RAM options. It has LPDDR4 RAM. Also, you get a heat sink for the RAM chip as it gets hot while operating. This Pi board has a Broadcom BCM54213 Gigabit ethernet controller. It falls to a slower speed if the network speed is slow. 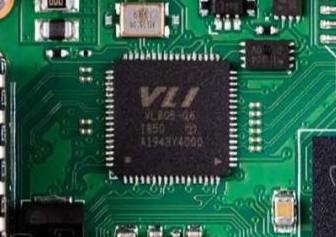 The Pi4 uses the MXL7704 it was developed specifically for Raspberry. This chip reduced the complexity of the Pi board and also delivers more power to all the peripheral to run at more power. Due to this chip cost of the board has also been reduced as the number of components has been reduced. These GPIO pins include all the types of pins like PWM, MISO – MOSI, 3V, and 5V power pin, TXD – RXD, and many other important pins.

This board has a separate connector for the Camera module and Display module where you can attach a display and camera to the pi board. Also, it has a separate 3.5mm headphone jack for streaming audio.